Witkacy Theatre started to exist on 24th February 1985, taking its name after Stanisław Ignacy Witkiewicz . It was established by the students and graduates of Acting and Drama Directing departments in State Drama School in Cracow. They were connected together by the striving for artistic independence, willingness of common searching for the idea and the ways of creation, supported by the lack of consent for the inertia of cultural institutions in those times. The choice of Patron was not accidental – the man connected with Zakopane, understanding the theatre as a special kind of art. It was just Witkacy’s theory of Pure Form , although understood in non- stereotypical way, which had great influence on realised performances and on the atmosphere of the theatre. There are presented various recitals, concerts and also Theatre Gallery is working. It is the professional and artistic theatre. 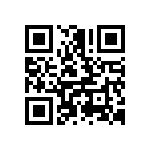