In connection with 70th anniversary of Stanislaw Ignacy Witkiewicz's death and his 125th birthday there appeared a performance inspired by juvenile works of Witkacy in which the characteristic signs of all his later drama writing can be seen. It is a trial of showing how the juvenile sensitivity of one of the most outstanding artists of XIXth century was shaping - how the epoque which he lived in influenced his imagination, how the literary works, plastic art, music works etc did it. These early prophecies concerning the destruction of the world - warning before an unavoidable catastrophy - overwhelming shapelessness and the loss of individuality, are full of grotesque - truly Witkacy's - sense of humour, however. This is an experience of the end of the world, experienced by a young man, and it is a trial of his salvation, in the same time.

It is also the next trial of dealing with the works of the Patron of Zakopane theatre - this time it is entering the sources of inspiration of young Witkacy. It is also the continuation of the dialogue of Zakopane artists with the audience on the basis of matters of Witkacy's drama writing.

It can be said – that all this Event is "something" between Birthday and Consolation (24th February 1885 - 18th September 1939). The text - (juvenile, truly speaking, children's Witkacy's dramas from 1893) is a pretext for common playing in theatre (creating the theatre, talking) just as a game – process – becoming etc.

Those Witkacy's Juvenilia are also the pretext for showing how the expressive or maybe even prophetic – how some of the people would like – imagination of the author of "Anonymous Work" was being created. Or maybe pathological personality of the future genius? Personality shaped very freely by his "horrible tutors"?
Andrzej St. Dziuk

The performance was realized thanks to the financial means from the Ministry of Culture and National Heritage. 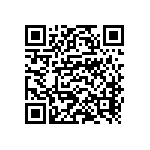