SUCH A LITTLE NOTHING (variétés)

We invite you heartily to the common travel in the climate of 20-ties and 30-ies of the last century!

SUCH A LITTLE NOTHING is a nostalgic return to the world before the war – beautiful women, elegant men – full of the most beautiful film songs of those times, sung among others by.: Hanna Ordonówna, Jadwiga Smosarska, Mira Zimińska, Adolf Dymsza, Eugeniusz Bodo, Aleksander Żabczyński in new, interesting music arrangements, full of emotion, smile and relax – breath among everyday reality…

Patron of the performance SUCH A LITTLE NOTHING

Polish Festival of Retro Songs organised for 14 years with the honorary patronage of Fogg family aims to commemorate and promote cultural achievements of the 20 year interwar period and the history of Polish song.
We have a great pleasure to inform that 20th September 2017, performance SUCH A LITTLE NOTHING directed by Andrzej Dziuk was awarded with Golden Retro Leaf during XIV Polish Festival of Retro Songs named after Mieczysław Fogg. The performance is a collection of the most beautiful songs from the films from 20-year interwar period, sung by: Hanna Ordonówna, Jadwiga Smosarska, Mira Zimińska, Adolf Dymsza, Eugeniusz Bodo czy Aleksander Żabczyński. New arrangements prepared by Max Kowalski and Jerzy Chruściński are performed by two actors of Witkacy Theatre – Dorota Ficoń and Krzysztof Wnuk. The director and actors were awarded personally by the artistic director of the festival, Wojciech Dąbrowski. 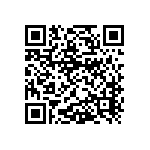