This day appeared to be exceptional – not only because of returning memories. Thus, completely unannounced, Juan’s friends, whom he was not going to host, visit him. In addition, they claim that they have received the invitation from him. Exactly as it was the year before… The same gestures, outfits, music… Did anyone decide to play a trick to the four friends, reminding ideally that night? To move, to frighten, maybe admonish? Do they dream collectively or is Laura still alive? Alfonso Sastre takes us in another dimension, a little from the horror film, into another world where we seem to have influence on many things. However, do we have it on these things which we desire the most? How often does it happen to us to live the moments we have already lived? In “Raven” we will find not only increase of uncertainty and fright, carried out masterly, but also the situations which may lead a man walking hard on the ground, to terror and madness.
Rubi Birden

Additional information:
Parking place is near the church of st John Apostle and Evangelist at Harenda.

You can get to the performance Raven presented at Harenda Museum also by the city bus no 14 (Harenda bus stop).

Timetable for the bus line no 14 is available here. 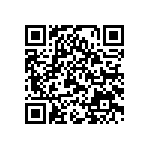