Based on: Maciej Pinkwart - I LOVE YOU TERRIBLY, BUT FREEDOM IS A GREAT THING
Stage of the Actors' Proposals

"THE WOMAN. PARTICULAR EXISTENCES" directed by Justyna Kowalska, touches the subject absent on theatre stages so far, but so much fascinating. We can see what a great role the women played in Witkacy’s life by admiring his works: pictures, dramas, novels, photographs – they will tell us how Witkacy saw the women. But how did they see Him? Who was He for them?

The performance "The Woman. Particular Existences" based on Maciej Pinkwart’s drama "I Love You Terribly, but Freedom Is a Great Thing” is the first try to touch this subject. One actress (Katarzyna Pietrzyk) embodies in some of the most important women in Witkiewicz’s life, from the first one – Mother, through the first innocent love affair (Ewa Tyszkiewicz), his fiancee Jadwiga Janczewska who shot herself not being able to stand an emotional seesaw, served her by Witkacy, his wife, countless mistresses, (Miss W., Irena Solska, Helena Czerwijowska, Eugenia Dunin-Borkowska) to the woman next to whom he committed a suicide – a full spectrum of femininity archetypes.

Pinkwart’s text, written contemporarily, was based on documentary materials: correspondences, memoirs, diaries and tries to answer the question: what was the reason that all these women devoted nearly all their lives to this man? What was so special about him? But most of all it tries to look deeply at these women, which nobody hasn’t tried to do so far. 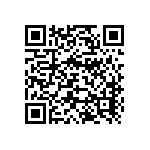