Zakopane Theatre is "Theatre – shelter" for theatre fans, it means all people who still feel the lively need of contact with art.

Witkacy Theatre started to exist on 24th February 1985, taking its name after Stanisław Ignacy Witkiewicz. It was established by the students and graduates of Acting and Drama Directing departments in State Drama School in Cracow. They were connected together by the striving for artistic independence, willingness of common searching for the idea and the ways of creation, supported by the lack of consent for the inertia of cultural institutions in those times. The choice of Patron was not accidental – the man connected with Zakopane, understanding the theatre as a special kind of art. It was Witkacy’s theory of Pure Form, although understood in non- stereotypical way, which had great influence on realised performances and on the atmosphere of the theatre. There are presented various recitals, concerts and also Theatre Gallery is working. It is the professional and artistic theatre.

One of the assumptions of our Theatre is discovering and linking with unusually valuable culture heritage of Zakopane. Even the seat of the theatre – previous Dr Chramiec’s Hydrotherapy Institute – in the time of its glory in the first half of XXth century was the place of meetings for intellectual and artistic elite.

In our opinion superior value of the performances is possibility of metaphysical experience, feeling of "strangeness of existence" throughout the theatre. It is realised by harmonic connection of all elements of the performance to create a new value – "unity in multiplicity" (diversity).

The most important thing for us is possibility of meeting and starting a dialogue with another human – throughout performances, exhibitions, concerts and other artistic events. The spectator is not one of many – he is an awaited and warmly welcomed Guest. Our performances, rejecting from update, understood too literally, are supposed to be a trial of starting the conversation, so that each spectator, being "Separate Existence", could discover something for himself in them.

Performances – often composed of non-drama texts – tell about universal, significant things: human towards God, towards another human, towards the values, in front of important choices. Witkacy Theatre wants to give a testimony to the truth of its time, wishes to be artistic, metaphysical and close to every man.

We travel a lot because we do not avoid presentation of our works outside our seat – we participated in prestigious festivals and theatre reviews which brought us numerous awards and distinctions. We still want to surprise, to enjoy, to make laugh and to provoke our audience to reflections. 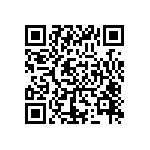