A graduate of Polish studies at the University of Silesia in Katowice, with a year of study at the Faculty of Philosophy at the Academy of Catholic Theology in Warsaw. In 1980, he began studies at the Department of Drama Directing at the State Higher School of Theater. Ludwik Solski in Krakow, which he finished with honors in 1984.

At the beginning of his directing career, he collaborated with the Stary Theater in Krakow, where he completed his directing diploma. The director and director in one person is the creator of most of the performances, transferring literary works (not necessarily dramas) to the stage, making big changes in them - he is the author of the texts of his performances and adaptations. They are often compilations of several songs. He is also the author of the artistic vision - the creator of the scenography and costumes for his stagings - apart from the projects to which he invited outstanding Polish artists, including Tadeusz Brzozowski, Andrzej Kreutz Majewski, Jerzy Duda-Grac, Jerzy Skarżyński, Jan Polewka, Rafał Zawistowski.

The inspiration for his work are Witkacy's dramas: „Pragmatists”, „Autoparody”, „Sonata b”, „OL 12-7 Steg, Wien” based on „Crazy Locomotive”, „Madman and the Nun”, „Good Morning – Witkacy” based on „The Anonymous Work” - but also classical and contemporary works, including: „Doctor Faustus” by Ch. Marlowe, „Cabaret Voltaire”, „Witches of Salem” by A. Miller, „Nothing” by F. Mitterer, „Caligula” and „The Plague” by A. Camus, „Magic Mountain” by T. Manna, „On the pass” according to St. Witkiewicz and W. Eljasz, „Ball at the Opera” J. Tuwim, „Barabasz” by Pär Lagerkvist. He has also directed outdoor performances and performances using non-standard places for theatrical needs.

In 1987 he received the St. Wyspiański’s Youth Art Award together with the Witkacy Theater. A year later, he was awarded the prize of the monthly „Teatr” named after Konrad Swinarski and the Award of the Association of Polish Stage Artists named after Leon Schiller. In 1993, his performance „Dr. Faustus” was awarded, and he was recognized by Egyptian critics as the best director at the 10th International Festival of Experimental Theaters in Cairo in 1998 (for the performance „Finn”). He was also honored, together with the Theater Company, with the Prize of the Nowosądecki Voivode (1988, 1991); Audience Award of the 24th Szczecin Theater Week, 1989; The BROKEN BARRIER award at the 7th International Theater Festival NA GRANICY, Cieszyn 1996 (a performance „Dr. Faustus”); and the Leon Schiller Armchair Statuette for the best performance of the 4th Review of Contemporary Drama in Zielona Góra 2002 („The Water Hen”). At XXXII Theater Confrontations in Opole - Polish Classic 2007, the performance DZIEŃ DOBRY PAŃSTWU - WITKACY based on „The Anonymous work” directed by him received an award for the acting team.

As the founder and originator of the Witkacy Theater in Zakopane, for over 20 years he has been consistently creating indifferent performances, affecting today's people, although refraining from too literally understood actualization. Performances that are meant to be an attempt to establish a conversation with the audience, so that each viewer, being a particular being, could discover something for himself. The respect for the viewer and the hospitality that were met by those arriving at the Teatr na Chramcówkach earned the Witkiewicz Theater the fame of an exceptional, almost magical place. In it, a man is not relegated to the role of an intruder and intruder, but elevated to the rank of a welcome and expected guest, a man who has been proclaimed his wonderful dignity, therefore a free, free, creative man - this is the audience that the Witkacy Theater Team has always wanted. The Zakopane Theater, as understood by its director, is the Theater - a shelter for theaters; ie all people who still feel the need to experience art. Witkacy's Theater wants to bear witness to the truth of its time, in times of the crazy pace of social and mental changes, it wants to be a place for a moment of deeper reflection on itself and on the maddened world that is rushing towards destruction. Theater of Witkiewicz is an ARTISTIC THEATER, the kind for which its spiritual patron called for. It is Witkacy's theory of Pure Form, although understood in a non-stereotypical way, that has a great influence on the performances created and the atmosphere of the theater, where various recitals, concerts and the Theater Gallery are presented. 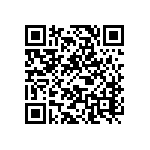